Our church was founded in October, 1942, by Hugh Reed, a missionary with the American Sunday School Union, who desired to begin Sunday schools in school houses in the region. He polled people in the local Prairie Flower School—which was located where the Joplin Regional Airport is today—of the thirty-five there, only four attended any Sunday school. The school board eventually gave permission for a Sunday school to use the building. With only nine people, the Prairie Flower Sunday School was started. In that first year, during the course of special meetings, twenty-five people made professions of faith in the Lord Jesus Christ, and Prairie Flower Community Church was formed. Needing more room, the church began meeting across the road in the AHTA (Anti Horse Thief Association) building. Dr. Pingree (MD) was called as the first pastor. Within the year, he passed away; he was followed by Pastor Boyd. In November, 1949, the AHTA building burned, so the congregation moved back to the Prairie Flower School—William Kelly was the pastor. The next few years saw pastors Freeman, Hatfield, and Hughes.
​
During the pastorate of E.L. (“Bro. Mac”) McFarland, the Joplin Airport authority bought the school building. It was decided that PFCC should build her own facility. In December, 1953, on donated property, work on a new church building was begun. The building, which held around 50 people, was completed in 1954. Over the years following Bro. Mac were pastors Singleterry, Portukallian, Zeigler, Piney, and Thomas.
​
In 1961-1962, during the pastorate of Roy Thomas, the church was formally reorganized as Prairie Flower Bible Church and joined with the Independent Fundamental Churches of America (now known as IFCA International)—a fellowship of doctrinally sound, self-governing churches. In 1966, the church building was remodeled to seat more people and provide more classroom space.
​
Bob Bell was called to serve as pastor in the fall of 1977. Expanding ministry outreach, the congregation grew to well over 100 under his able, godly leadership. In 1984, a new facility was constructed; and the old building was removed. Construction on a second, larger building was started in 1992, and the AWANA Club evangelistic and discipleship ministry to children was begun.
​
When Pastor Bell passed away suddenly in early 1993, the Elders of the church stepped up to the challenge and served the Lord and the church with honor; and the congregation devotedly worked together to keep the ministry of the church functioning and continuing to bring forth eternal fruit during several difficult months. That fall, Dr. Robert Kendall from Springfield was called to serve as interim pastor, until a permanent pastor could be found.
​
Dave Ernst was called to serve as pastor in 1994. That year, the AWANA Club ministry was expanded to include preschoolers and teens. In late 1997, after thousands of selfless hours of labor put in by the men and women of the church, the “South Building” was completed and dedicated for service to the glory of God in loving memory of Pastor Bell.
​
Over the past few years, the PFBC family has grown to over 200 and has continued to expand our ministry outreach. We have also added a “Center Section” to the facilities to form the main buildings into one, as well as an Activity Center, and a Kitchen/Restroom addition to the Activity Center to complete the facility complex.
​​
Today, in an age when most “evangelical” churches are actively compromising God’s truth and “bowing at the feet” of liberal, modernist “seeker-sensitive/ purpose-driven/emergent church” philosophies to fill their pews, PFBC remains firmly dedicated to our “roots”—the authority of the Bible, the priority of the Gospel, and the loving service of the Savior—as we serve one another and reach out into the surrounding community and the world with the Gospel of the Lord Jesus Christ and the clarity of His Word.

** This history summary was compiled from church records and personal accounts of founding and long-time members. 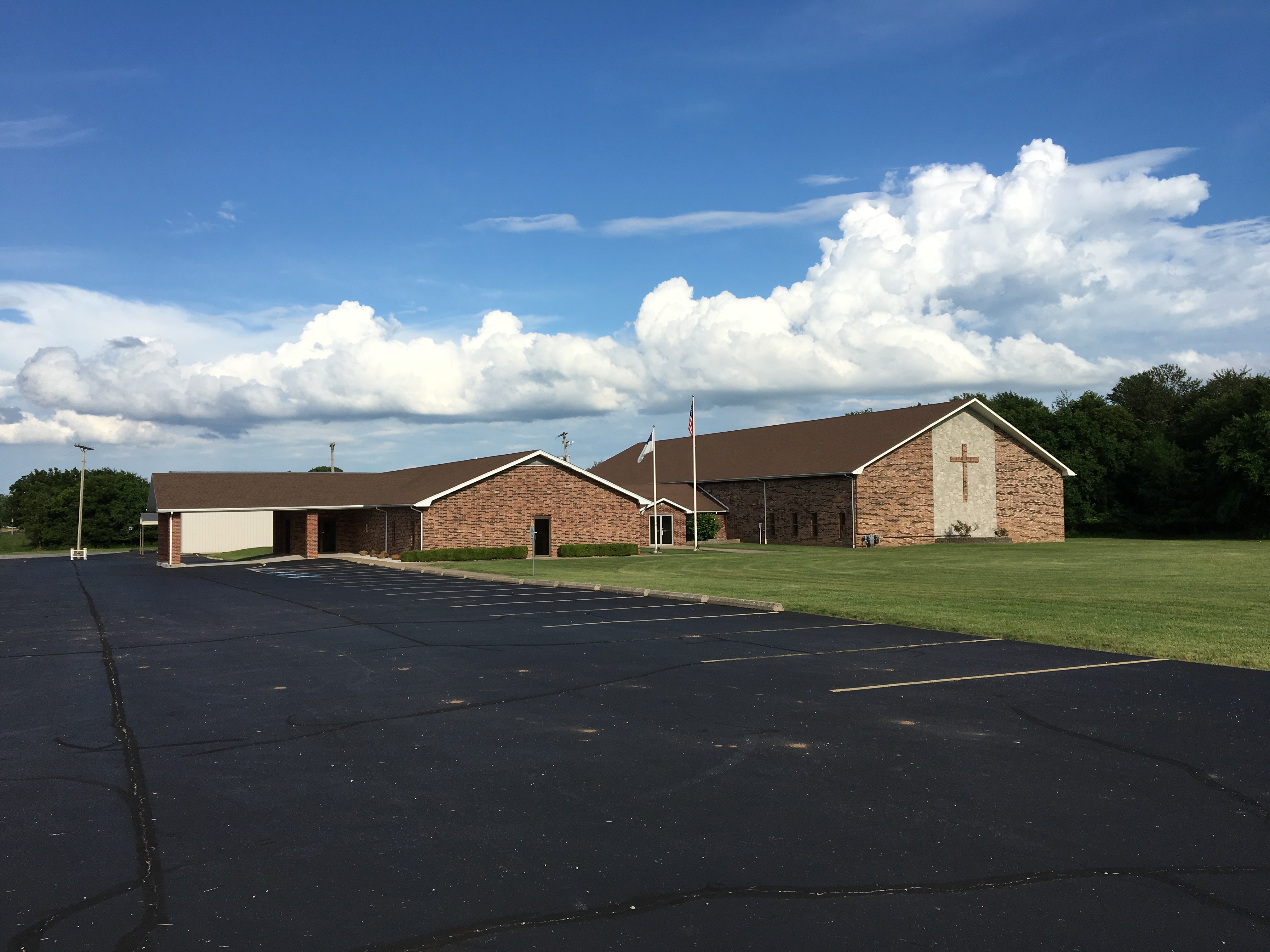 We observe water Baptism by immersion and the Lord’s Supper. Both are open to any genuine believer who has professed faith in the Lord Jesus Christ as personal Savior. Both are practiced as testimonies and memorials of the Faith, with no saving or sanctifying merit of any kind.

Prairie Flower Bible Church operates as an independent, self-governing, local church fellowship in submission to the Word of God and according to our Constitution, which provide for the Pastor and Official Board. These Elders have the responsibility for the spiritual and practical oversight of this local church fellowship. The Congregation holds an annual Business Meeting every August and at other times, when needed, throughout the year.

How You Can Be a Part

Our church services are open to any and all who would like to come and reverently participate.
Church Membership is encouraged as a testimony of commitment for all who regularly attend this church, and it is required for those serving in a leadership or teaching position. Church Membership is open to individuals (16 years and older) who have professed faith in the Lord Jesus Christ as personal Savior, who are in full agreement with the church’s official Statement of Faith and Constitution, and who are following Biblical standards of faith and practice. Anyone interested in formal Membership is encouraged to contact one of the Elders or the Pastor.